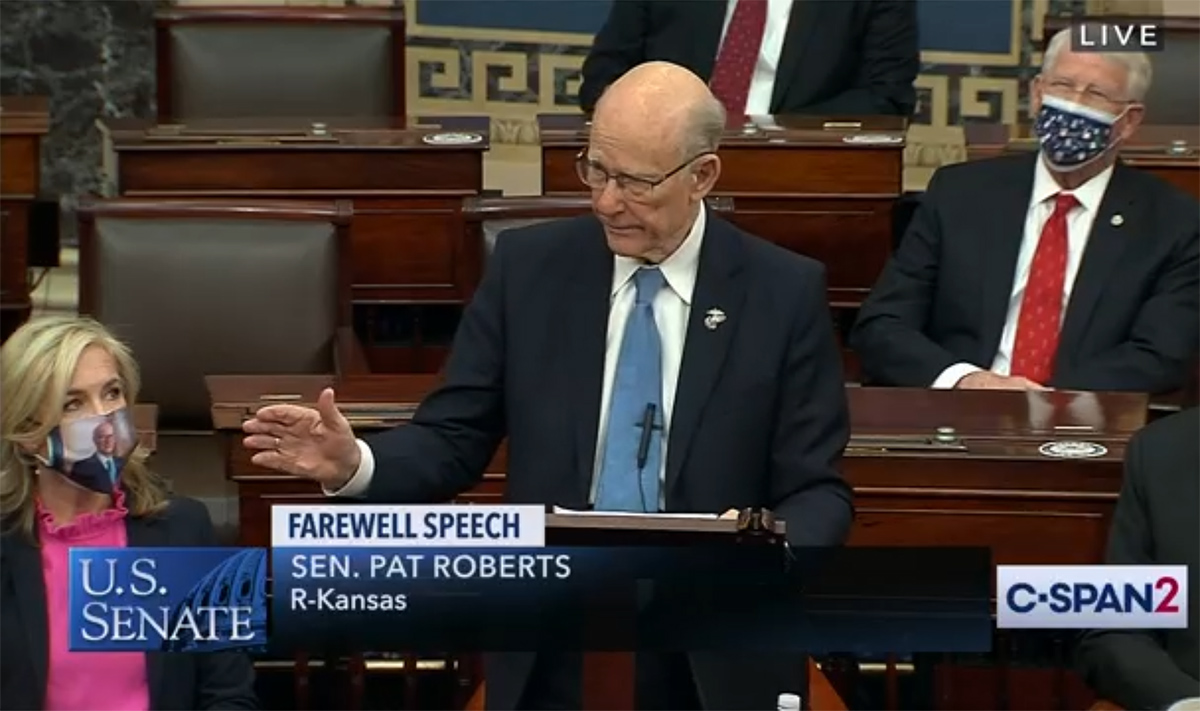 Sen. Pat Roberts, the Republican from Kansas who has served as a leader in both the House and Senate Agriculture Committees over his four decade career in Congress, said goodbye to his Senate colleagues Thursday in a farewell floor speech.

The outspoken senator who helped to write the past eight farm bills spoke about his background, how he went from journalist to politician, the importance of agriculture, the turbulence of the ’60s, and working together for the good of the country. “Let us once again become a body of respect, humility, cooperation, achievement, and yes, friendship. That can and should be our new normal,” said Roberts. “The entire country could use a little bit of what we say in Kansas – to the stars through difficulty.”