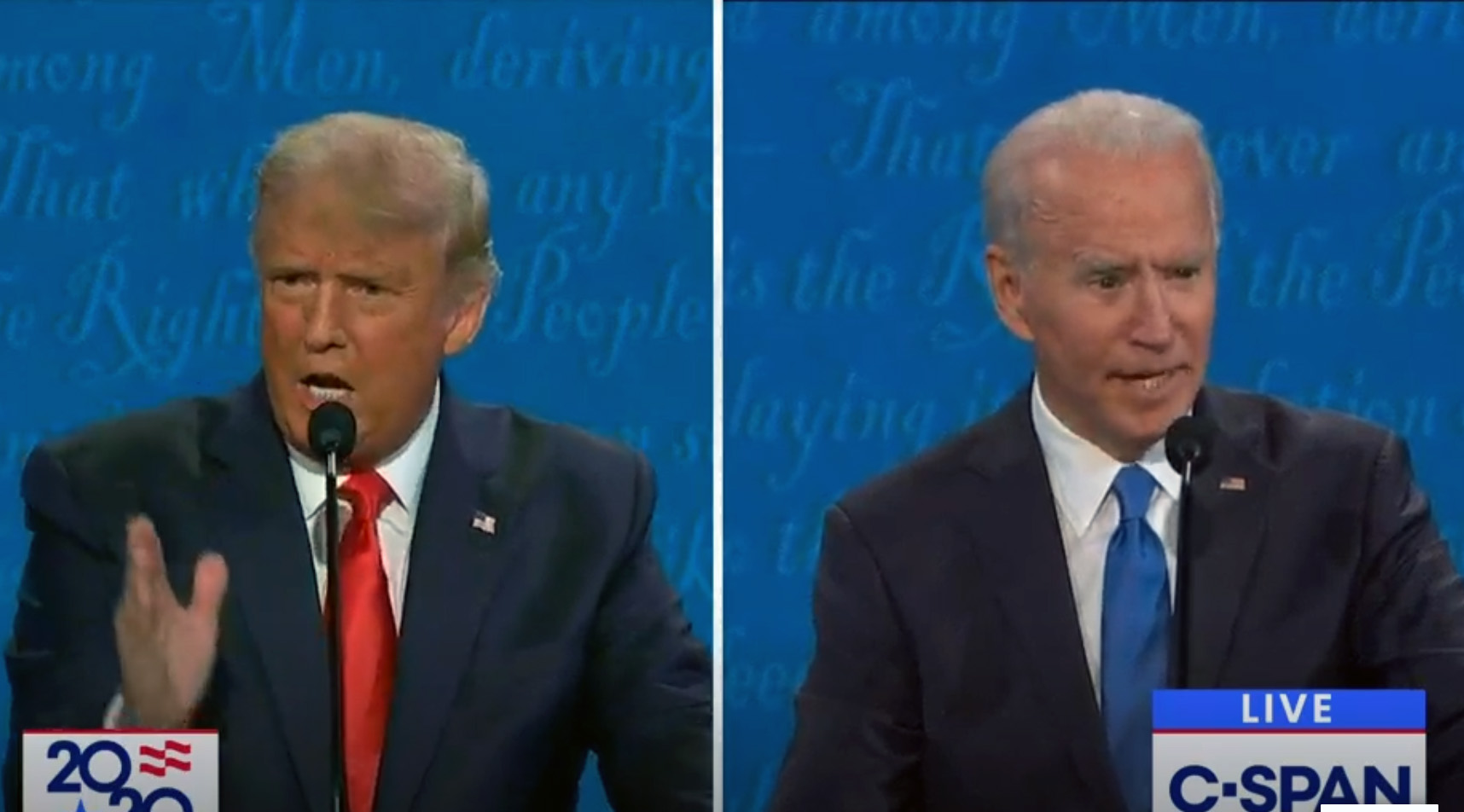 President Trump said he gave “28 billion dollars to our farmers,” when asked what he would do to make China pay for its lack of transparency about the coronavirus. “They devalued their currency and also paid up. And you know who got the money? Our farmers, our great farmers, because they were targeted.”

Former Vice President Biden expressed support for fracking and “complete zero emissions by 2025” by transitioning away from oil during climate change portion of the debate.

“Because the oil industry pollutes significantly,” said Biden. “It has to be replaced by renewable energy over time.”

Biden mentioned solar and wind energy, but renewable fuels were not specifically mentioned by either candidate. Later in the segment on climate change, Biden stretched the deadline for zero emissions beyond 2025. “We have to move toward net zero emissions. The first place to do that by the year 2035 is in energy production, by 2050 totally.”

Listen to some of the debate on energy here:
Presidential debate discussion on energy (2:16)