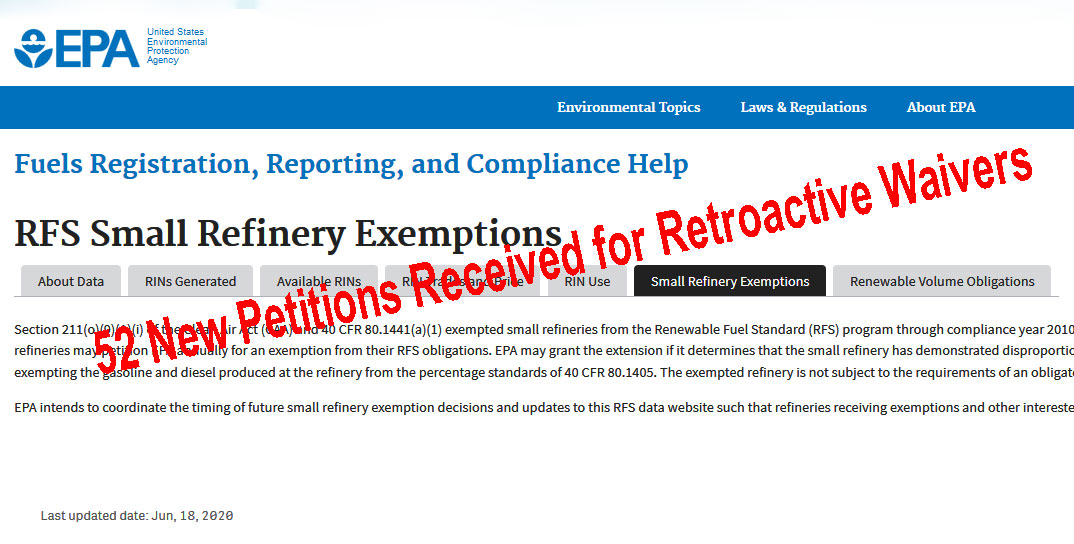 Members of the Congressional Biofuels Caucus held a virtual town hall Wednesday to discuss the challenges currently facing the ethanol industry and what can be done to help.

House Agriculture Committee Chair Peterson says while the Senate has yet to vote on the Health and Economic Recovery Omnibus Emergency Solutions (HEROES) Act, he will not vote for any bill that provides no aid for biofuels producers – and he is still hopeful USDA could yet find dollars for producers in the previous legislation. On Thursday, newly updated EPA Small Refinery Exemptions dashboard revealed that 52 new petitions have been received from small refineries seeking retroactive exemptions from their Renewable Fuel Standard requirements in prior years dating back to 2011.