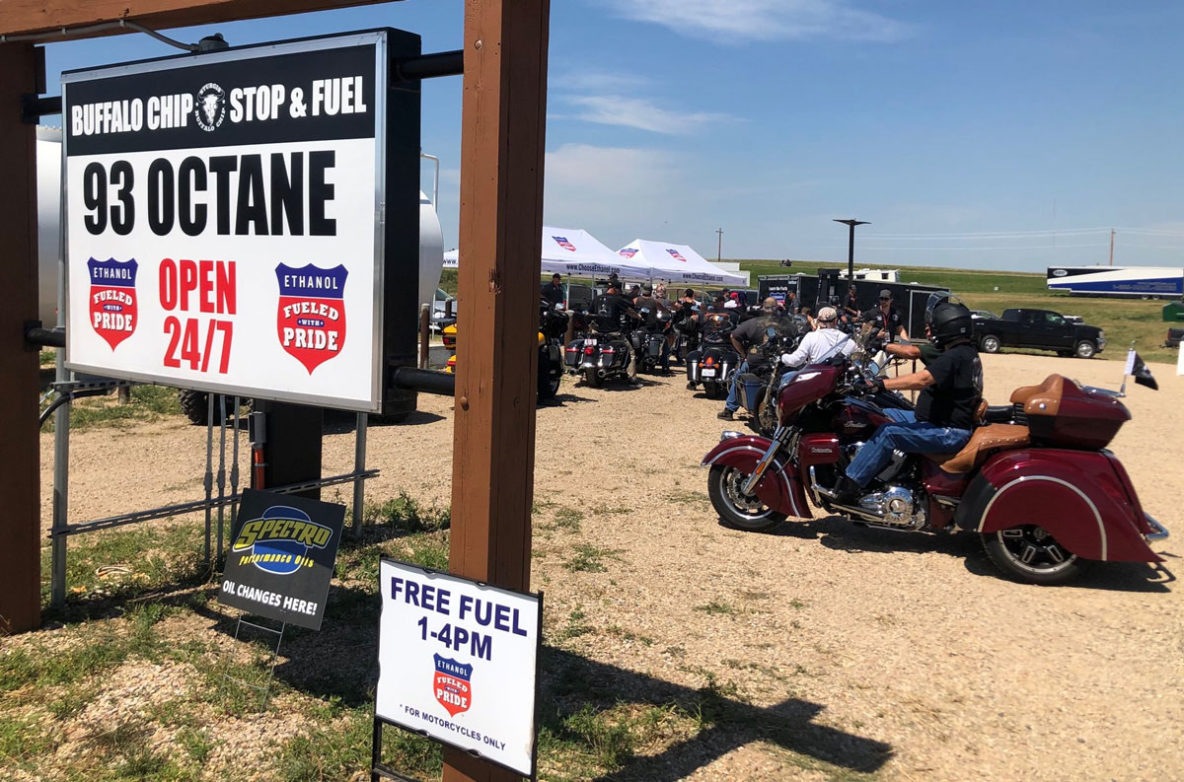 RFA will also sponsor the 12th annual Legends Ride on Aug. 5, with RFA Vice President of Industry Relations Robert White participating and Twisted Sister’s Dee Snider as the ride captain. RFA will again host Free Fuel Happy Hours at the rally, providing a free tank of 93 octane E10 (10% ethanol) for motorcycles and a ceremonial t-shirt. The free tank giveaway will be held from 1 to 4 p.m. each afternoon from Aug. 6 to 8, at the CrossRoads area of the Buffalo Chip Campground. The fuel station that will feature the Free Fuel Happy Hours was donated by the RFA in 2017. RFA will also have a presence throughout the campground with banners, videos on the jumbotrons, and addressing the concert crowd each night.

2019 Sturgis Motorcycle Rally with RFA at The Chip photo album