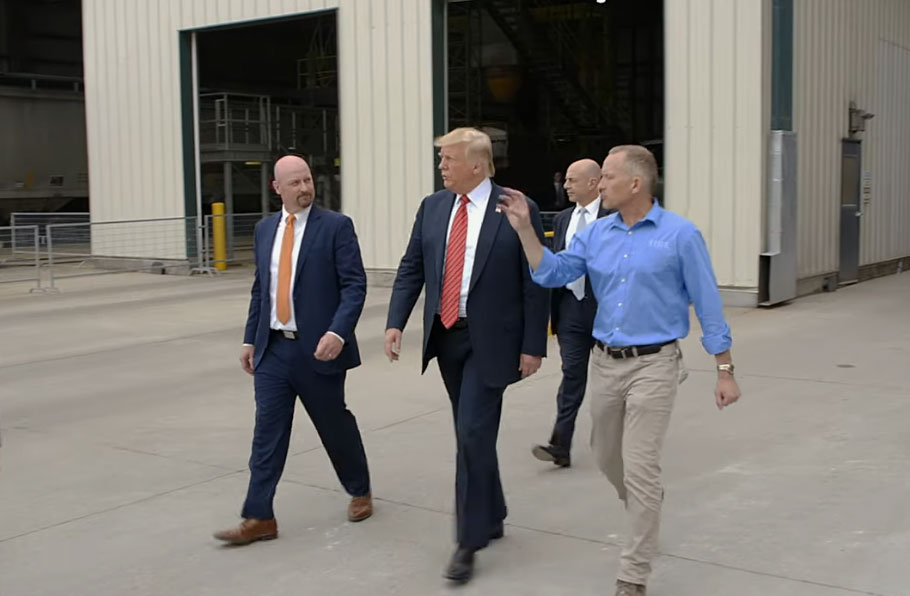 Jerke and Cooper met the president as he arrived at the plant and escorted him in to meet some local farmers and plant employees and learn more about ethanol. Both said President Trump took a very active interest in the plant and listened to concerns they raised about Small Refinery Exemptions hurting demand.

Listen to comments from Jerke and Cooper and watch the White House highlight reel from the visit below.