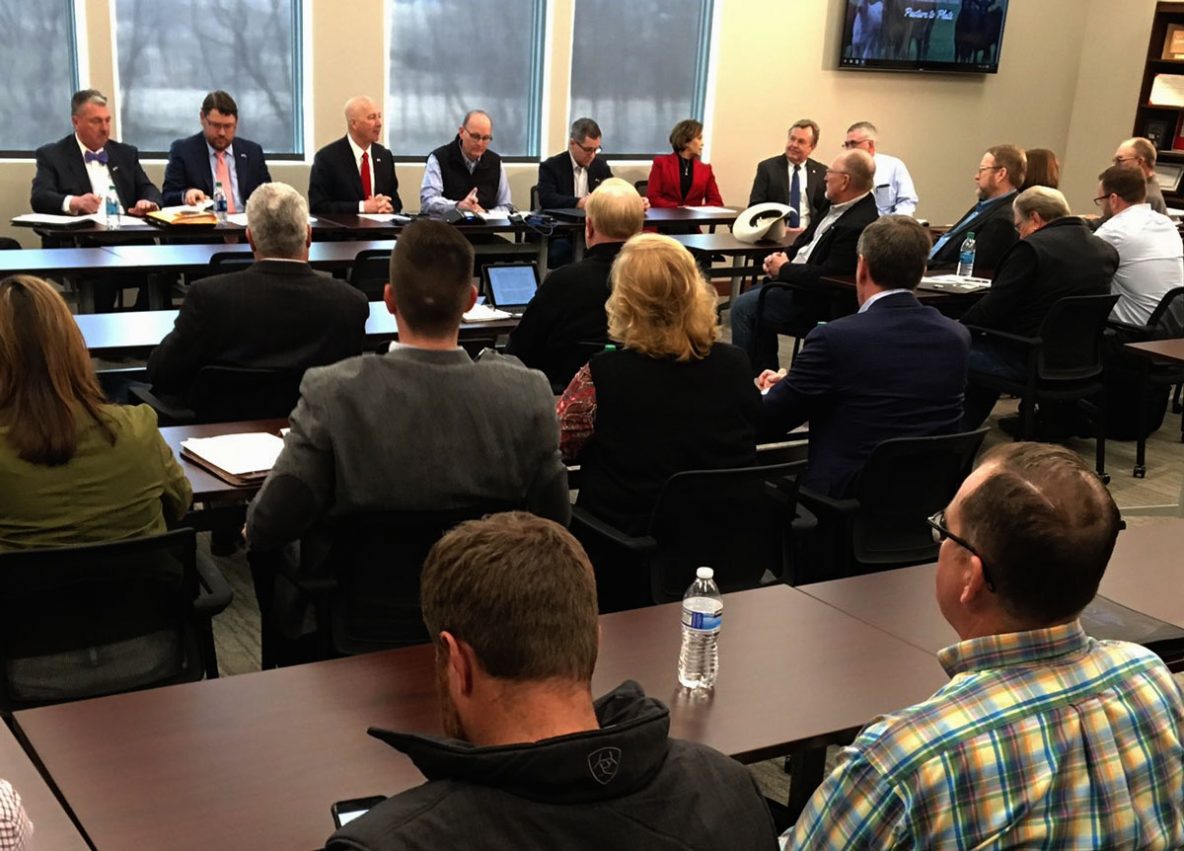 Under Secretary of Agriculture for Marketing and Regulatory Programs Greg Ibach is in Nebraska this week surveying weather-related damage and talking with affected farmers and ranchers. He participated in a Facebook Live roundtable with Nebraska Governor Pete Ricketts and other state officials on Monday.

The impact of the flooding on ethanol production was brought up during the discussion. Many railroad lines are shut down and roads are closed causing transportation issues for ethanol plants, causing many to idle or cut back on production.

Audio segment from the roundtable where participants including Ibach, Troy Brandenkamp with Renewable Fuels Nebraska, and Governor Ricketts, comment on the impact of the flooding on the ethanol industry.
Ethanol comments during Nebraska governor roundtable