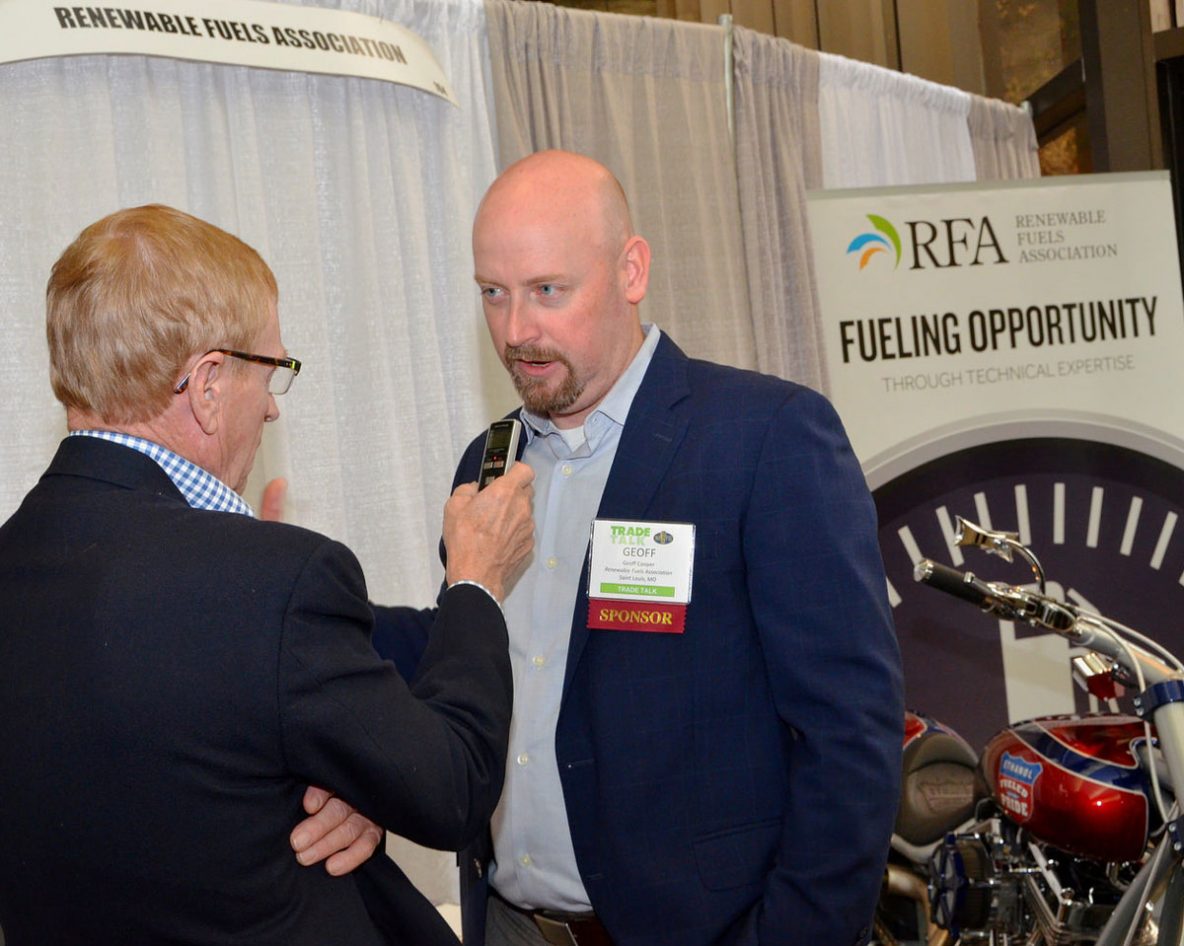 The new president and CEO of the Renewable Fuels Association (RFA) met with farm broadcasters from around the country recently at the annual National Association of Farm Broadcasting Trade Talk. While Geoff Cooper has been with RFA since 2008, it was the first time he had the opportunity to talk with the ag media as CEO.

Among the topics he discussed were the process of getting E15 approved year round, record production and exports for 2018, and the crazy year it has been for the industry.