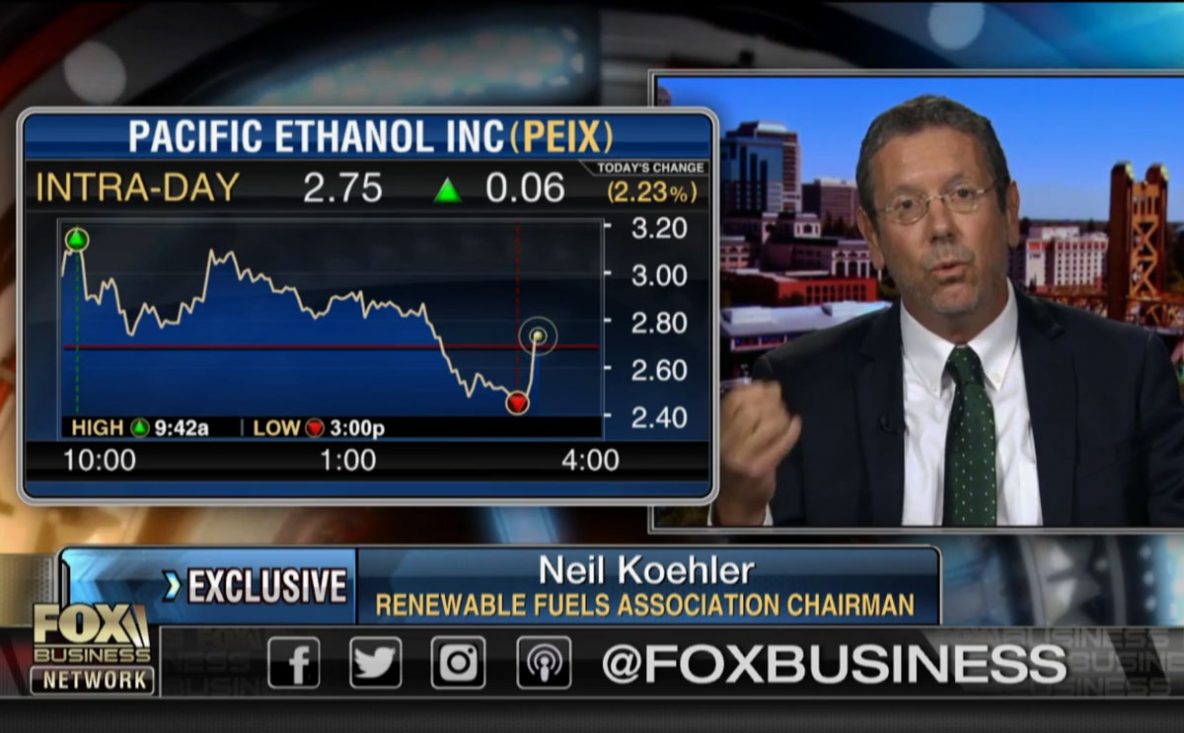 Pacific Ethanol owns and operates nine production facilities, four in the Western states of California, Oregon and Idaho, and five in the Midwestern states of Illinois and Nebraska. Koehler was featured on Fox Business just as the announcement was made official on Tuesday.

In this interview, he discusses the significance of the president’s action – Interview with RFA chair Neil Koehler, Pacific Ethanol