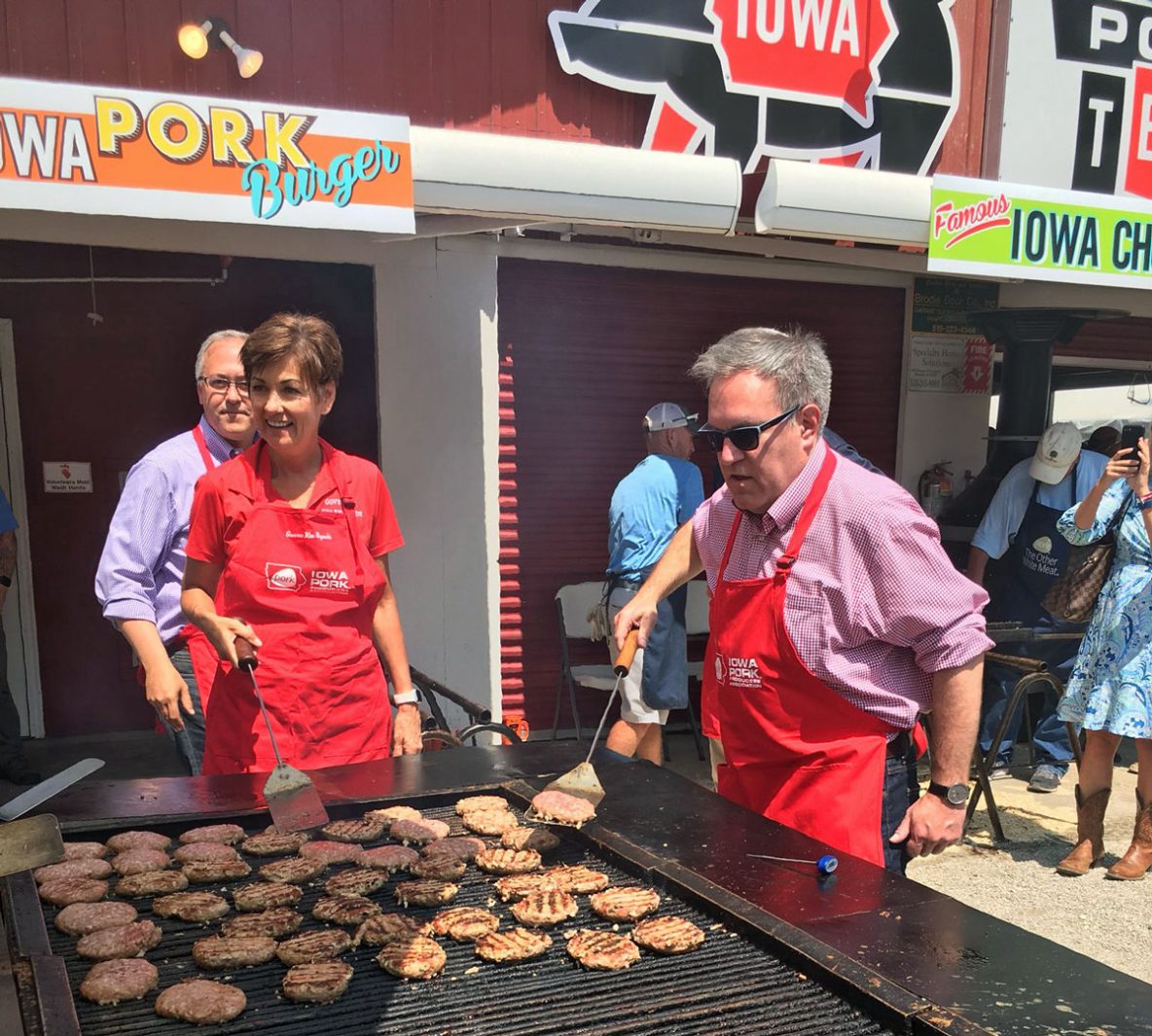 Acting EPA Administrator Andrew Wheeler got a taste of the famous Iowa State Fair Monday as the guest of Iowa Governor Kim Reynolds and while he had some fun, Wheeler was there to meet with farmers about critical issues.

“I enjoyed the round table we just had with different ag groups in the state…hearing what their concerns and problems are,” Wheeler told reporters as he left the meeting with Gov. Reynolds.

The Renewable Fuel Standard and specifically what EPA plans to do to reallocate lost gallons of biofuels as a result of “small refinery exemptions” and when the agency will approve year round sales of 15% ethanol (E15) is a major concern to Iowa farmers right now but Wheeler would only say they are “looking at” the exemptions and trying to “provide more certainty around that” as well as “what we can do” regarding E15.

The audio is hard to hear because of background noise, but you can also see the video from the Des Moines Register.