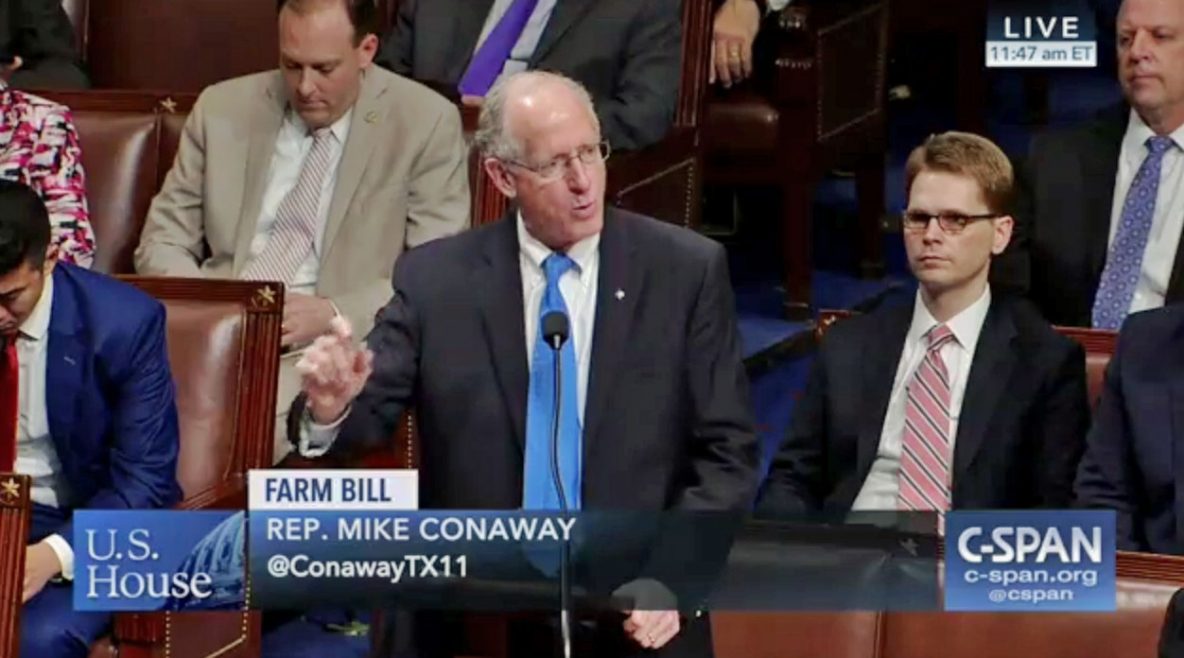 House Agriculture Committee Chair Rep. Mike Conaway (R-TX) delivered on his promise to get a farm bill written in a timely manner, but his colleagues in the House voted 198-213 Friday to reject his effort.

Democrats voted against the bill mainly for changes to the Supplemental Nutrition Assistance Program (SNAP) aimed at getting able-bodied adults under 60 without dependents or disabilities back to work, but it was 30 conservative Republicans wanting a vote on immigration that killed the bill.

Prior to the vote, Rep. Conaway expressed his frustration as a last minute amendment was introduced to recommit the bill with instructions to the Committee on Agriculture.