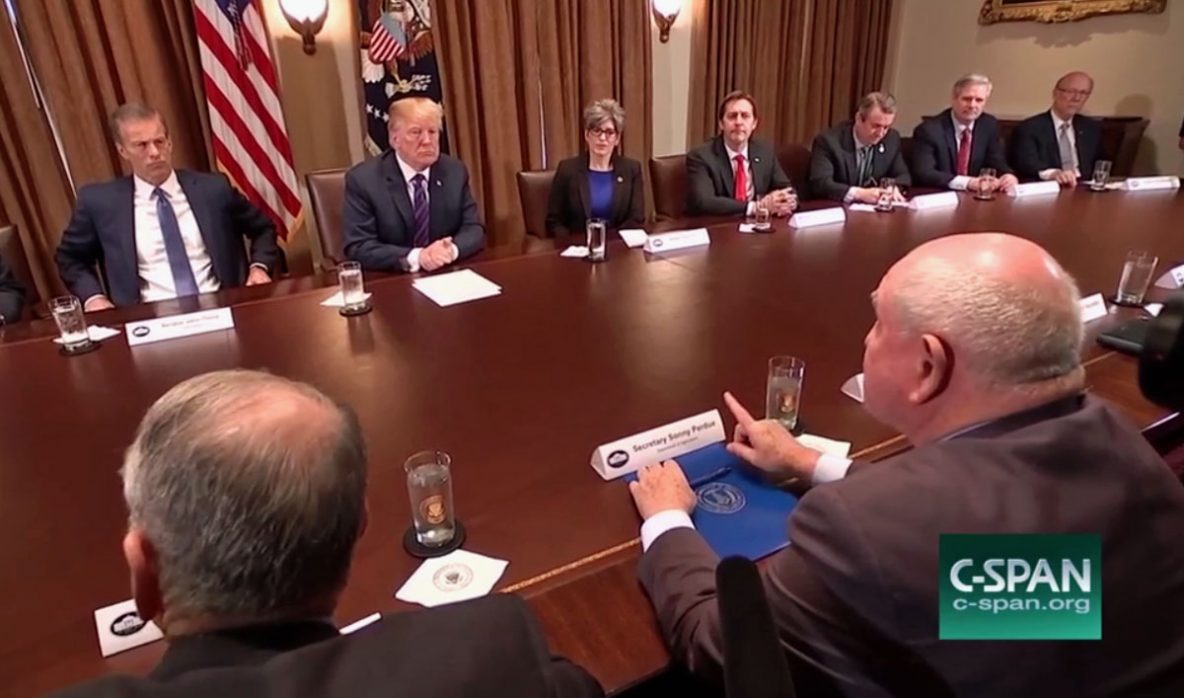 Governors and senators from agricultural states such as Iowa, Nebraska, Kansas, North and South Dakota had a meeting with President Donald Trump and U.S. Trade Representative Robert Lighthizer Thursday to discuss recent trade actions and how farmers may be impacted. In a press availability prior to the start of the meeting, President Trump talked about NAFTA, China, the European Union, and his philosophy on tariffs.

The big news coming out of that meeting, however, was about ethanol, as President Trump said he supported allowing the year-round use of 15% ethanol blended fuel (E15). “This is no guarantee, but we’re going to raise it up to 15 percent, which makes a lot of people happy,” said the president prior to a meeting with lawmakers on agricultural trade issues. “We’re going to go to 12 months, which makes a lot of farmers very happy.”