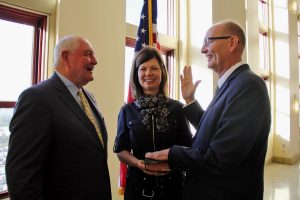 During the swearing-in ceremony, Perdue expressed his disappointment that Bill Northey was not also being sworn in at the same time, after his nomination was put on hold last week by Sen. Ted Cruz (R-TX) in an apparent attempt to retaliate against the administration for bowing to pressure from ethanol states like Iowa on changes to the RFS.

During a press conference, Perdue was asked about the recent letter from EPA Administrator Scott Pruitt to biofuel-supporting senators regarding proposed changes in the Renewable Fuel Standard (RFS).