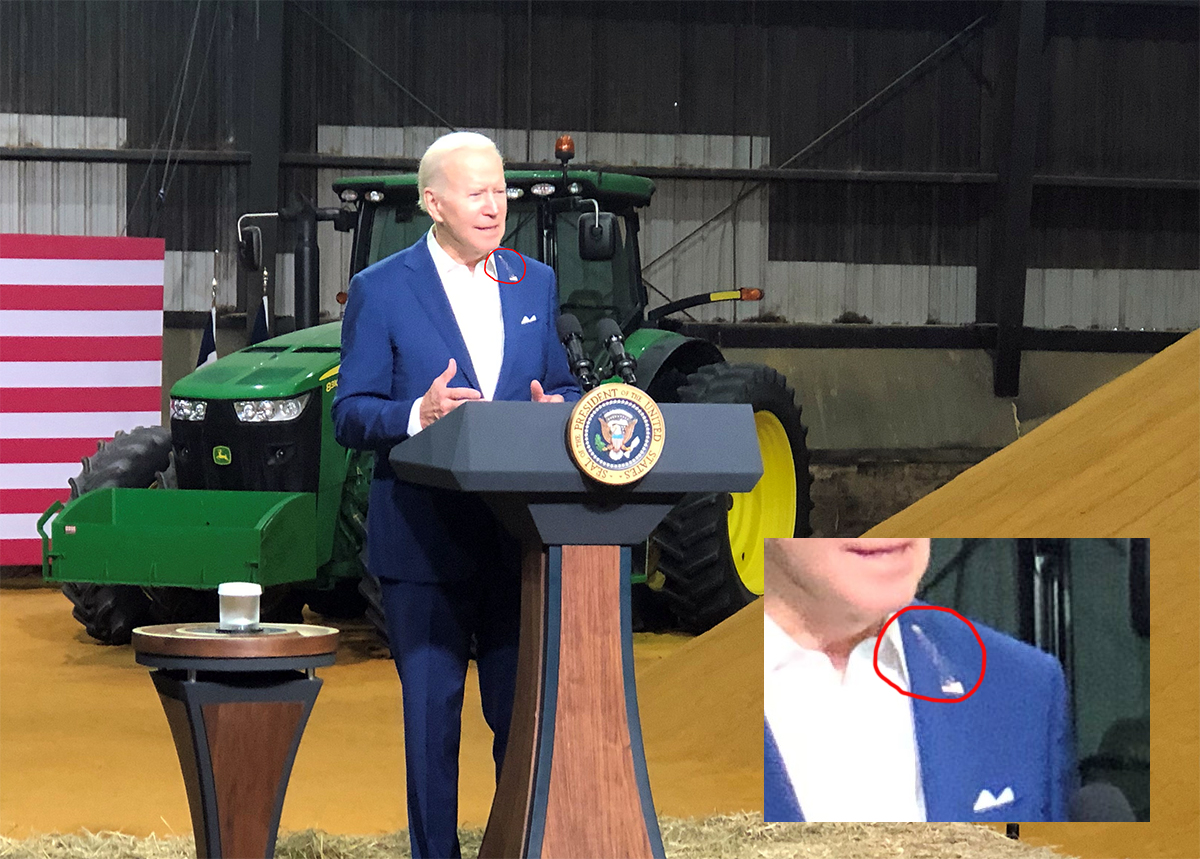 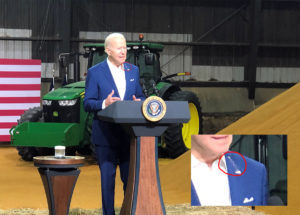 It turns out it was fake news that bird droppings hit President Joe Biden on the lapel during his appearance at an Iowa ethanol plant Tuesday. Instead of being a by-product of a bird, it was a co-product of an ethanol plant, the high protein animal feed known as distillers dried grain with solubles or DDGS.

Renewable Fuels Association President and CEO Geoff Cooper was an eyewitness in the distillers grains barn with President Biden and he confirmed it was definitely DDGS responsible for spotting the POTUS lapel.

Cooper talks about the moment and how it has given the industry a platform to educate people about how each bushel of corn used in ethanol production generates about 17.4 pounds of DDGS to be used as feed for both dairy and beef cattle.