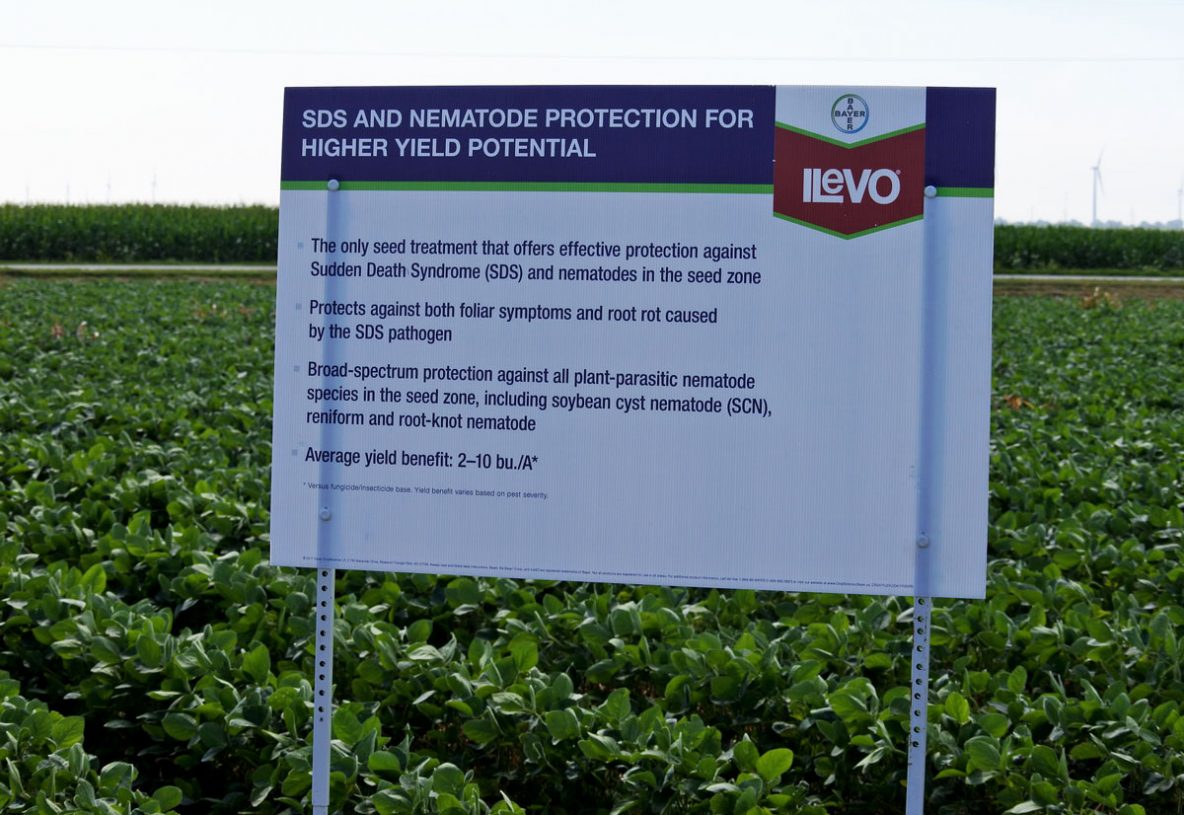 Diseases like Sudden Death Syndrome (SDS) and Soybean Cyst Nematode (SCN) continue to plague soybean growers to the tune of $1.6 billion per year, based on USDA 2016–2017 marketing year projection for average soybean price of $9.10 per bushel. Those two diseases contribute to the largest number of bushels lost for soybean farmers, who sometimes don’t even realize disease is present.

“Much like Soybean Cyst Nematode, you might not see those visual symptoms of Sudden Death Syndrome, because SDS is a soil-borne pathogen, so we can have that root rot occur – the actual pathogen enters through the root system and can have root rot occur – and then toxins are produced by the fungus in the root system and that is what creates the foliar symptoms,” said Jeremiah Mullock, seed growth product development manager with Bayer. “The expression of those foliar symptoms and toxin production are based on the environment during the growing season.”

Mullock said that’s why seed treatments like Bayer’s ILeVO are becoming more important, especially at a time when resistant soybean varieties are not always getting the job done against SCN, in particular. He said ILeVO provides protection beginning at planting, creating a larger root mass and ultimately increasing yield.